HomeArticleWhen It's Time to Look Beyond the DSLR 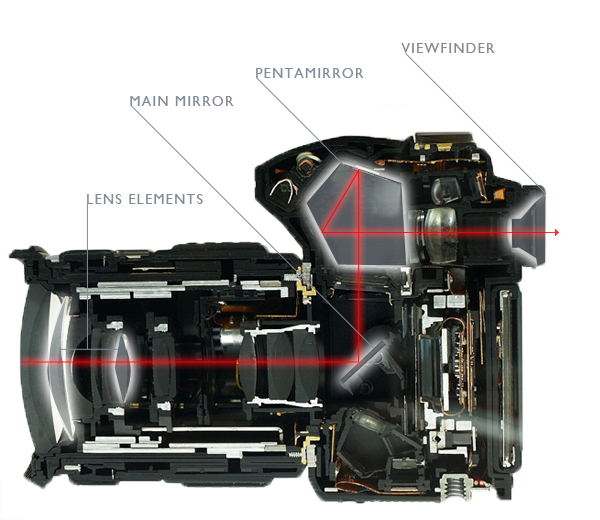 I started my career before you could capture video on DSLRs.

Right out of business school, I started shooting local cable commercials first on a 1/3rd inch chip Sony PD150 at the tail end of the “DV revolution” before graduated to an HDV Sony Z100 and then making my way to full HD 1/2 inch chip Sony EX-1 camera. About the same time I took a deep dive into the 35mm adapter look – the idea was to simulate the look of a 35mm camera by projecting the light through a photography lens onto a spinning ground glass which you would then record with your small chip video camera..

Then I made my first “serious” narrative short film with this 35mm contraption. What a major headache! First of all it was really long, heavy and clumsy. My first adapters shot everything upside down so I would have to use a magnet on my viewfinder to reorient the picture and fix every shot in post just to preview it (which in those days was more taxing for computers than it would be for today) But the real kicker was you lost about 2-3 stops of light in the adapter – so that means you have to shoot everything wide open and pump a ton of light into your scene to get a decent exposure . Finally it seemed like whatever you did, you could never get the footage very sharp – it was always a little soft (that’s partly having to shoot wide open constantly and partly due to design tolerances)

It took 3 days to shoot my my short. On the final night, a friend suggested this new camera he had gotten his hands on – the Canon 7D (This was just after the 5D MkII got the 24p upgrade – before it could only shoot 30 fps). He wanted to show me how good it was in low light:

I was blown away – shallow depth of field, low light performance AND it was tack sharp!!! I eventually picked up a Canon 5D MkII for myself and set out to shoot my next serious short film with the 5D and a loaned Canon 1D MkIV. Freed from the 2-3 stop light loss of the 35mm adaption my next short film was a thriller that took place in the shadows: I even titled it “Pitch Black” as a snub to the 35mm adapter I had abandoned (no, I hadn’t heard of the Vin Diesel movie till after I started playing festivals with it)

And so the “DSLR Revolution” had begun (like most tech, I was actually a little late to the game). More and more filmmakers turned to these little cameras – an episode of House M.D. was shot on the 5D, Shane Hurlbut lensed Act of Valor on the 5D. Everyone was putting these little cameras through their paces myself included.

One year I asked the Sony reps at NAB, “Why don’t you put a large sensor into a video camcorder body” – they hemmed and hawed about how accomplishing a zoom range that people were expecting from the camcorder being harder using a larger sensor (which is true) but the reality was they were working on it.

Slowly but surely the industry starting offering new video purposed cameras with super 35mm sensors and bigger. These were cameras that could swing the “look” of a DSLR without all the drawbacks like ergonomics, lack of proper audio hookups and record time limits.

Now it is 2017 and there are a plethora of camera bodies to chose from – from small baseball sized crash cams to full on cinema camera beasts. The choices for capturing motion picture are frankly a bit mind numbing. With all the available options today the DSLR is really no longer a viable candidate for upgrading in serious video production.

I can hear those pitchforks sharpening!

Let’s revisit one fact: that DSLR stands for: Digital Single Lens Reflex. The Single Lens Reflex was a special system built for photographers that allows you look down the lens of the camera and compose the image exactly as the film will capture it. This is different than the “rangefinder” style or “twin lens reflex” where the image that you compose through the viewfinder could be quite a bit different than what the film actually sees.

This special ability to see down the lens is made possible a hinged mirror and a specially designed pentaprism. When you click the shutter – the mirror folds up into the house and the shutter opens to expose the film or sensor. During this exposure time you will not be able see anything through the viewfinder.

When operating in the video mode, the hinge mirror swings up and locks in place. So if you’re primarily a motion picture shooter why in the world are you paying for a complicated hinge and pentaprism that you will never ever use? It literally serves zero function to the motion picture maker, why should we be expecting any kind of video technical advancement from cameras labeled as “DSLRs”?

Of course there are mirror-less options – which on the surface make a lot more sense to the filmmaker such as cameras like the Sony A7S and A7R line for full frame and the Panasonic GH lines for micro four thirds. Those cameras skip the mirror and just show you what lands on the sensor through an electronic viewfinder. I rented the A7R II for a weekend once and while it is very nice, I found myself missing the instantaneous response of looking through actual optics rather than at a screen when taking still photos. And when shooting video, it was just like shooting with all the same limitations as Canon 5D MkII (awkward form function, no audio inputs).

But then more recently I rented a Sony FS5 with Super 35mm sized sensor for a shoot – what a difference in shooting experience!

First of all it had a real robust on board sound hookups – recording synced sound is just so much easier (especially for the commercial documentary project I rented the camera for). Lots of buttons on the side meant I could easily find most of what I wanted to without hunting through menus (though it still has a lot of menus), SDI hookups for video monitoring, and the Sony FS5’s variable ND filter is a dream come true! Is it an ideal camera? No, the internal 4K recording codec is a bit hard on my computer for editing wise, but the image held up pretty good (pulled a greenscreen perfectly). Still the FS5 is a seriously nice package.

Now I’m not price-deaf – I realize that the Sony FS5 and even C100 from Canon are more expensive than the entry level DSLRs – that’s because they are the next step up in terms of video production. DSLRs are STILLS cameras first and video cameras second. Does this mean you can’t shoot a film on one? Of course not. DSLRs are a great starting point for learning photography (that’s what the P in D.P. stands for)- although to get everything else you need for a film, you’re going to need a lot more than a body and lens.

Moving forward, if you want to focus on motion picture you need to start thinking beyond DSLRs. If all you have is a DSLR – use it! But you’re not going see big leaps in bounds in this form factor – the industry has moved on. You’re better off either investing in a dedicated video camera or if all you can afford is a DSLR, looking at it not as an upgrade but as a second camera for additional angles.

Filmmaking is hard – always use the best tools you can get your hands on to make the job easier. And that tool, may not be the stills photography camera.

The Math and Science of Forced Perspective