HomeArticleThe Many Stages of Making a Film 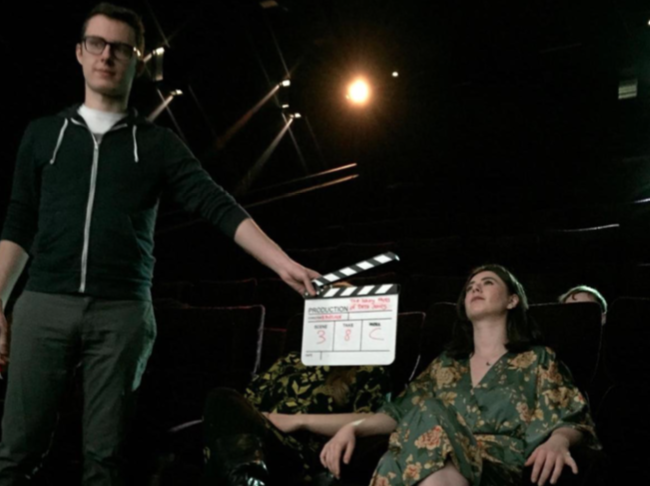 It was summer 2017, things seemed simpler, the weather was hot and season five of Orphan Black was airing on Netflix. Lexy Anderson and I (Harvey Puttock) were discussing the lead actor, Tatiana Maslany and whether there was anything she couldn’t do. In Orphan Black she played several women, a trans man and different nationalities – the word versatile comes to mind. We started brainstorming new roles she could convincingly play which could diversify her CV; what if she was a computer virus spreading to masses to find purpose? What if she was a footprint in the sand on a beach, fearing the day it would be washed away forever? We wrote the ideas on Post-It notes and stuck them up behind my desk.

Cut to several months later, late 2017, where I’m trying to come up with an idea for my next short. I stared at the Post-It notes trying to see if there was any plot line I could use there, but none of them were exactly filmable (a tree branch wanting to be famous, only to be cut down in its prime, to find its final home as the frame for the Mona Lisa). Then I thought, what if all of these ideas were being pitched to an up and coming actor? Therefore, The Many Faces of Beth Jones was born.

Once the script was finished (reaching roughly four pages long) so my producer Joe Supple-Turnham and I had to find actors, crew and locations. We needed an
office space, as well as a cinema screening room, which usually comes with a high price tag. Locations can eat up a lot of your budget, so to find these we used a different kind of currency: favours. I knew somebody who worked in a cinema and they kindly agreed to get us in before the first showing. Then we started messaging everyone we knew who worked in an office. A date was set where we could shoot at the cinema early in the morning and go straight to the office afterwards, it was a Saturday so nobody was working, and there was little disruption.

Next we had the task of finding the perfect person to play eponymous character Beth Jones. We put a casting call out and requested self tapes from the actors who we thought matched the role. The crew agreed unanimously that Lucy Hilton-Jones was the perfect actor for the part, and she came along on the shoot day without meeting any of us beforehand (Thank you, Lucy, for believing we weren’t murderers!)

A crew was assembled and equipment (including the Blackmagic 4k Studio Camera) was borrowed with a promise of ‘I won’t break it/I’ll owe you one’. On the day, as fate would have it, it snowed. Which naturally, added an extra layer of will-people-show-up? anxiety.

A shot list was prepared beforehand, but we didn’t stick to it religiously, this allowed us to come up with different shot ideas when seeing everything together in the location. For example, we decided to shoot the character of the agent mostly in a wide shot and, as we were shooting in 4k, this let me crop in and change the angles in the edit, in order to continue to hide her identity. Props were created to make the office space look more like an agent’s room, including schedules, scripts and headshots of other actors (which didn’t make it into the film, but Judith will always be the heart of the piece). In twelve hours we had the film in the can.

The Edit and Beyond

I decided to edit the film myself, using Premiere, as I set a tight turn around target – something I want to work on in the future. It’s good to have a different editor for the film, as it brings a new pair of eyes and greater creativity. That said, I worked closely with other members of the crew to look over the rough edit and get it down from seven minutes to just under the five minute mark – as we had originally agreed.

Since finishing the film, it has played at several places, including Raindance Film Festival and the Century Club Film Club, with a couple more screenings on the near horizon The film was also shortlisted for the first Performance Film Award.

We’re currently in pre-production for our next project, which we hope to film early 2019 – watch this space! Check out my social media, @harveyputtock on twitter or instagram if you prefer pictures!