Home › Courses › The First Death of the Musical

Sound was such a sensation that all the major studios were clamoring to pump out musicals. In 1929 MGM released what they billed as their first “All-Talking, All-Singing, All-Dancing"” feature: Broadway Melody.

Produced by MGM production chief Irving Thalberg in just 28 days, Broadway Melody brought two important advancements to film - the practice of sound editing and pre recorded sound track. During the hurried production, the filmmakers discovered a mistake and needed to reshoot a scene, sound technician Douglas Shearer suggested they save some money by using the existing recorded soundtrack and just filming new visuals. This freed up the camera to move about because at that point, with cameras being so loud, they have to shoot from a soundproof booth. The practice of shooting musical segments using prerecorded soundtrack lasts to this day.

Broadway Melody was an unquestionable hit at the time. Costing a substantial $379,000 to produce, it grossed $4.3 million worldwide and became the first musical and first sound picture to win Best Picture at the 1929 Academy Awards (which happened to be the second Academy Award Ceremony) 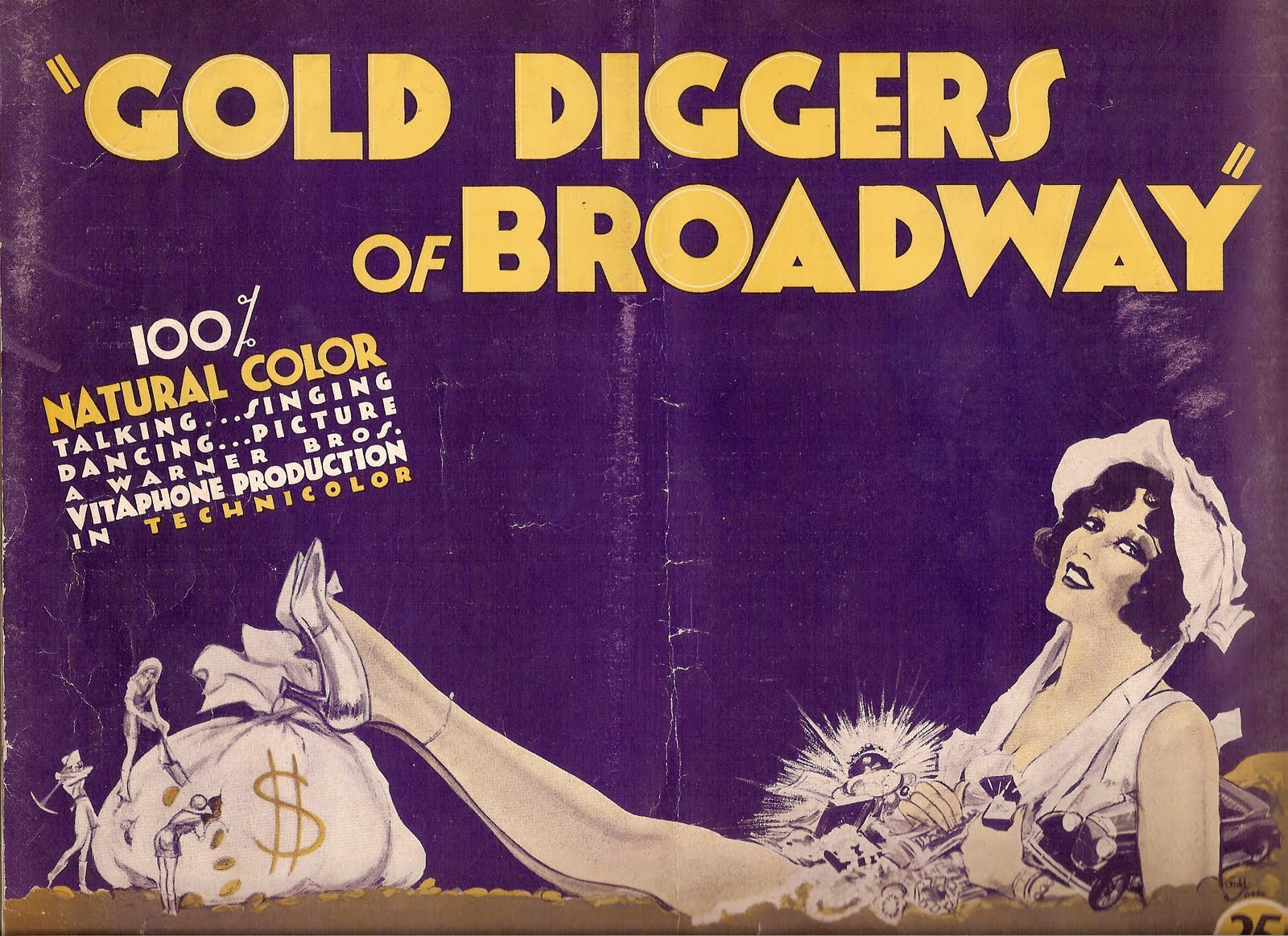 The novelty of the sound was winning over contemporary audiences - so much so that every studio started pumping out musicals. Perhaps the most notable was MGM’s “The Hollywood Revue of 1929” which may be most memorable for the origin of the song “Singing in the Rain” as seen in the finale here with a brief cameo of Buster Keaton.

On the bizarre front we also see the first and only musical shot by Cecil B. Demille: Madame Satan which takes place at costume party aboard a zeppelin.

In 1930 alone over 100 musicals were produced, that’s two new musical films a week and this is during the era of the single screen theater. Hollywood was running out of ideas and just throwing musicals on the screen as a cash grab. And since the theaters were owned by the studios, they were forced to to show the films for weeks at a time.

By the end of 1930, audiences stopped showing up. The oversaturation of the musical along with the effects of the stock market crash of ‘29 and the beginning of the Great Depression saw a dip in attendance and the studios began to feel the pinch. With the rise of free radio entertainment, audiences were reluctant to spend their hard earned pennies for the what was essentially filmed vaudeville.

Coming from a high of 100 musicals produced in 1930, Hollywood scaled back producing only 14 musicals in 1931 - even going so far as to slash musical numbers out of films. Theaters began to advertise films as “not a musical”. Even Technicolor 2 strip suffered the musical backlash, audiences had begun to associate color with musicals and stayed away.

Broadway composer and lyricist pair Rodgers and Hart would write a few well received musicals including introducing America to Maurice Chavalier in Love Me Tonight in 1932 but by the close of that year, it was becoming apparent that the film musical was dead.

It would take pure artistry to bring it back.