The resurgence of the musical and launch of the genre into a golden age began with two men: first was Broadway dance director Busby Berkeley.

Courted out to Hollywood by Samuel Goldwyn in 1930, it was his work for Warner Brothers starting in 1933 that revealed his true genius.

The Great Depression had really hit Warner Bros hard and the studio, despite kicking off the sound era desperately needed a hit. It would come in a surprise in the 1933 film: 42nd Street - a backstage musical about a producer on the ropes and chorus girl who has to replace the star at the last moment.

Berkeley only directed the dancing sequences but he understood more than his contemporaries at the time, that the camera had to move WITH the dancers. Using pre-recorded tracks, he freed camera from the soundproof booth and made it part of the dance routine. This took the musical off the stage - creating perspectives no broadway ticket holder could see and creating a new artistic hybrid of song and visuals.

Warner Bros quickly recognized Berkeley’s talent and put him to work on big musicals such as the remake: Gold Diggers of 1933, Footlight Parade (which includes his astounding By the Waterfall sequence), Dames, and Gold Diggers of 1935.

What Berkeley did in movement and staging behind the scenes, Fred Astaire would do in front of the camera. 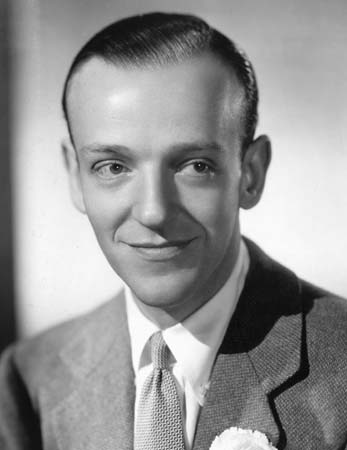 Fred Astaire, who left a pretty successful stage career for Hollywood. was cast by RKO in a minor role of a band leader in Flying Down To Rio in 1933. Given a free choice of starlets as a dancing partner, Astaire chose Ginger Rogers who he had worked with before.

The result was probably the most memorable scene of the entire film.

Producer Pandro S. Berman persuaded RKO to put Astaire and Rogers in their own feature - resulting in another hit “The Gay Divorcee” The pair was brought out again for what might be their iconic film: Top Hat with a stellar score by Irving Berlin which includes the classic Cheek to Cheek.

Before we leave the early 30s and enter the Golden Era of Hollywood Musicals, we would be remiss not to at least mention an early player in the history of Sound: Walt Disney. It could be said he built the Walt Disney Company on sound - from the first musical cartoon Steamboat Willie in 1928 to his Silly Symphonies starting in 1929.

As you can probably guess, musicals and Disney go kind of hand in hand, but at this point in history, the musical belonged to the king of studios: Metro Goldwyn Mayer.