As the MGM original musical, and the entire studio system, came to a close in the 50s with Gigi in 1959, Hollywood began to tap Broadway for source material -from West Side Story in 1961 to Music Man in ‘62 and My Fair Lady in ‘64.

For My Fair Lady, producer Jack Warner kept Rex Harrison from the stage version but rejected the original Liza Doolittle, a young Julie Andrews as being unphotogenic. 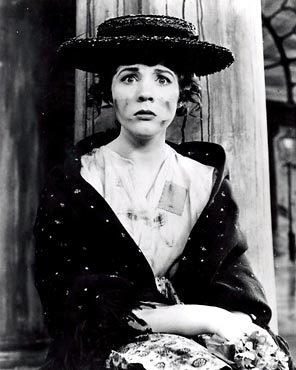 Instead, Audrey Hepburn was cast with Marni Nixon dubbing the singing.

Julie Andrews instead was brought in by Walt Disney to play the leading role in Mary Poppins which was one of the great musicals of this era earning Andrews the Oscar for best Actress while Hepburn didn’t ever get nominated (some say she was snubbed because her voice was dubbed for the singing). 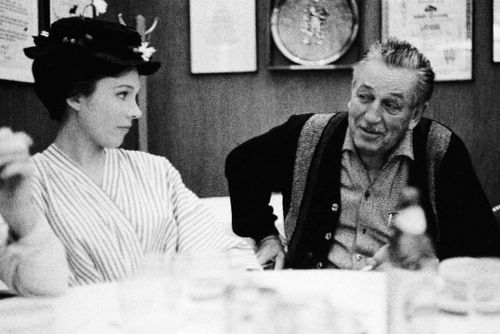 Andrews and Hepburn showed amazing grace and when Rex Harrison won for best lead, the dedicated it to both his fair ladies, Audrey and Julie.

Jack Warner’s comment on Julie Andrews would prove false again in 1965’s “The Sound of Music”. 20th Century Fox was on the brink of bankruptcy after a failed historical epic Cleopatra nearly tanked the studio. They bet $8.2 million on Sound and Music which ran for an unprecedented four years theaters becoming the most profitable musical of the 60s as well as winning five Oscars.

With the exception of the Elvis films of the era - almost all musicals of the 60s were retreads of Broadway properties.

Without a strong studio system with musical staff on payroll, Hollywood filmmakers had to turn to Broadway for strong tested material. But Hollywood as a whole didn’t have a good eye for talent and a lot of big musical films bombed at the box office.

Heading into the 70s, musicals began to look like an aging dinosaur again especially compared to the gritty realism of New Hollywood. There were a few stand outs showed the musical had some legs. Films “Fiddler on the Roof” from ‘71 captured the heart of the show and was bolstered by a terrific performance by Israeli actor Topol.

Bob Fosse’s “Cabaret” in ‘72- Fosse is in my opinion is one of the great visual film directors that’s only starting to become recognized for his genius. Jesus Christ Superstar in ‘73, The Who’s Tommy in ‘75 which happens to be the same year that debuted The Rocky Horror Picture Show which in some form or another is still playing in theaters to this day and Grease in 1978.

But times were a changing. By the time Jaws and Star Wars came out in 75 and 77, the musical had been supplanted as a money making tent pole film. Even a successful Broadway run wasn’t enough to guarantee profits for a film version.

The musical at that point became confined to family and animated genre. A stand out would Little Shop of Horrors a remarkably catchy motown production based on Roger Corman B movie which had some dark undertones but made really family accessible in by puppeteer turned director Frank Oz in 1986.

Then we have the second golden age of Disney

From Little Mermaid in 89, Beauty and the Beast 91, Aladdin 92, and Lion King in 94 introducing a young generation to the musical genre. A generation that would grow and up and lampoon it in for 1999’s South Park: Bigger Longer and Uncut.

Chicago in 2002 was what I consider the last great musical film.

It won the Oscar that year because of it’s ingenious staging of the musical numbers that blended the backstage musical with a story about media and jury manipulation that felt contemporary in a 24 hour news coverage of high profile trials even though the show was originally produced in 1975.

Unfortunately it is an outlier, as modern productions of musicals simply fall flat.

The Producers from 2005, a film adaptation of a musical adaptation of Mel Brooks’ classic film which was one of the funniest stage productions ever produced, lost all the charm in lifeless transition to film.

Hairspray, yet another film adaptation of a musical adaptation of a John Waters’ classic, gave us the incredibly creepy female John Travolta - a role originally played by Devine and then by Harvey Fierstein on the stage.We bought the charm of Devin and Firestein… not so much Travolta.

Then there was the much heralded Les Miserables which could have taken a cue from 1975’s At Long Last Love where Peter Bagdonavich also attempted to record a musical film with live singing which ended in disastrous results.

Sure it gave Anne Hathaway her first Oscar, but her performance of “I Dreamed a Dream” can’t even match Susan Boyle’s in effectiveness

And then there’s the latest stab by the Academy to convince the public that musicals are still relevant: Damien Chazelle’s sophomore Oscar contender La La Land in 2016. A critical hit (by critics who often proclaimed to not liking the genre in the first place), La La Land to me felt like a vapid lifeless shell of a movie - a musical that desperately wanted to be homage grand musicals of yesterday but is about as passable as the five year old dressed in daddy’s suit. Take for instance the opening scene on the freeway overpass. Every performer in this first shot has their face in shadow. This would have NEVER ever been acceptable in a production overseen by Irving Thalberg. Compare to a much less popular 2016 film, the Coen Brothers’ Hail Caesar! Not only do you get the sense that the Coens know the era intimately but you feel like cinematographer Roger Deakins actually did his homework in achieving the look of the era - unfortunately it’s a film that’s really only entertaining if you really love the sordid details of the studio era.

Unfortunately it pains me to say that the movie musical is pretty much dead.

The song and the dance sequence in a musical are a contrivance - an unrealistic means of expression. Often said in Theater: When words can no longer express emotion, the body sings; when song isn't enough, the body dances. Well that’s okay for a theater because we are always conscious that there is a play going on in front of us. We are constantly aware that the stage is fake and story make believe - a theater company asks us the audience to join in and make believe together - it’s okay that they just suddenly broke out into song. But a film reaches down into something much deeper and the push for realism since the 70s leaves little room for for a song and dance.

Next there is a lack of trained musical talent. Emma Stone and Ryan Gosling are no Ginger Rogers and Fred Astaire, the movie stars of today lack the training in music and dance and the really good triple threats of the stage just don’t have the star power to draw the audience needed for a studio to invest millions and millions of dollars. The economics just spell doom.

But perhaps I am too quick to hand down the death sentence to the musical. It isn’t dead at all, just transformed. Productions like High School Musical and Pitch Perfect are serving a young generation growing up on Disney films and singing in after school choir. Lin-Manuel Miranda’s Hamilton is a cultural phenomenon and there are very high hopes for the eventual film adaptation.

Even more mainstream, music videos - basically the great grandchild of DeForest original sound experiments are shared and viewed billions of times - probably the most successful videos on the web are musicals in a sense.

In Bollywood - musicals comprise the majority of the Indian cinema. And who knows what tastes will come from a generation brought up where music is so heavily influenced by visuals - perhaps I should just... Let it Go.