I recently watched Jon Schnepp’s detailed documentary The Death of Superman Lives: What Happened. Even if you’re not a fan of comic book movies, this really is a must see documentary if you’re interested in the real process of filmmaking.

So here’s the premise. We’re going to give one of DC’s most beloved super heroes to Tim Burton and cast Nicolas Cage as Clarke Kent himself.

If you’re like me, the first thing you’re thinking is “Nouveau Shamanic”

It’s a laughable concept on the surface. Tim Burton and Nic Cage??

But those knee jerk reactions illustrate the “lack of creativity” we so often pile on Hollywood. Why not Tim Burton?  He revitalized Batman and his two films with the caped crusader are still considered essential Batman lore. So why couldn’t Burton do the same with Superman?

And why not Nic Cage? When Michael Keaton was cast as Batman there were many left scratching their heads but he is still considered one of the best Batmans to date.

But the point of this post isn’t how we as fans might be the worst when it comes to typecasting, it’s how auteur theory has really failed us when it comes to understanding large studio films.

Let’s back up and define Auteur Theory – we have an excellent feature course which will give you a good context of the concept and history. For simplicity sake, auteur theory basically states that the film’s director is the author of the film – much like the author of a book. Each film is then the voice of a director.

Now in a general sense – this isn’t necessarily so bad. Tim Burton is certainly one of his generation’s most identifiable “auteurs” in terms of style. You can certainly find a common “feel” in all of Tim Burton’s body of work – a style that one could call Burton-esque.

But if we take auteur theory to the extreme, it really begins to fall apart. The analogy of a the auteur being like an author of a novel breaks down on scrutiny: an author of a book is responsible for creating every word but an auteur director doesn’t really create anything in a film! He or she only guides others to create the vision. And in a big budget film there are a lot of people who are participating in the creation of the vision.

This distinction is where a lot of pop-culture discussion goes wrong. The director becomes not a shrewd brilliant captain of a well functioning ship but a idol with heavenly divined powers of cinema. In film criticism, this can just be a matter of distorting the truth with masturbatory adulation. But when it comes to learning filmmaking, over emphasis on auteur theory and idol worship is downright paralyzing.

How can any up and coming filmmaker ever expect to live up to masters? How can you really anticipate and direct every movement, envision every detail? You simply can’t – and the truth is the “masters of filmmaking” didn’t either. They had great actors, screenwriters, cinematographers, editors, sound designers, set decorators, colorists, costume designers, and lighting designers at their disposal.

I think that’s what The Death of Superman Lives: What Happened really illustrates well. We all know what Tim Burton’s drawing style looks like – but he and the producers went out and hired the best graphic artists to create the concept art for Superman Lives. So while Tim Burton was at the helm – the best artists in the world were creating the images that shape how the production would have looked. 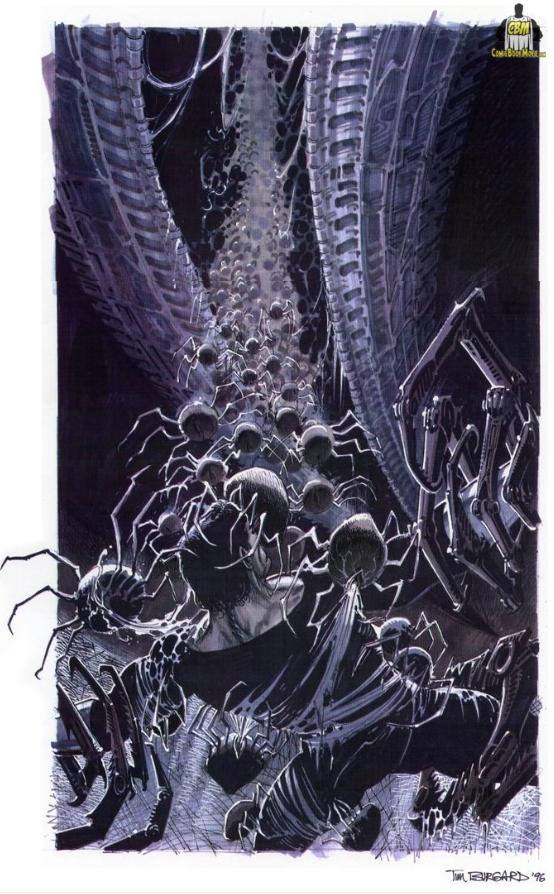 Now how cool would it be to have a team like that creating these images based on your ideas? This is why filmmaking to me is so addicting – it’s not about just putting what’s in your head onto a screen – it’s about putting your idea into someone else’s head and watching what they come up with.

Real filmmaking is much bigger than what strict auteur theory allows. Auteur theory focuses on the individual but Filmmaking is about the process. And when you manage a process that can bring a team together and create something in a collaboration – that’s when filmmaking becomes much more rewarding.

What could a Superman Movie be with Tim Burton in the captain’s seat? We’ll never know – but check out Jon Schnepp’s documentary for a taste of what could have been.