Here are some easter eggs and other fun things you may have missed in these movie credits.

Also make sure to check out our course: “Who’s Who in the Movie Credits”

In the “South Park Movie” Saddam Hussein is credited as himself.

In the end credits of “Airplane! 2” they added a “worst boy”.

No animals were harmed in the production of “Naked Gun 33 1/3”, however…

In the credits of “Finding Nemo”, Mike Wazowski can be found snorkeling through the water.

In “Split” credits, the screen is divided into 24 parts. The main character has 24 identities.

In “Monty Python and the Holy Grail”, one of the opening credits not only had its subtitles hijacked, but was endorsed by a former US president. 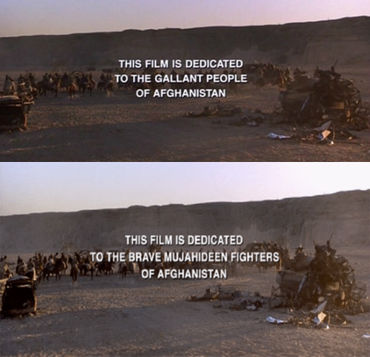 At the end of “Rambo III”, the credits used to be dedicated to the Mujahideen, a group supported by Osama bin Laden.

After watching “Doctor Strange”, be careful when driving because you know.

This is the Warning screen on the Home DVD version of “Fight Club”.

Unauthorized duplication, distribution or exhibition of “Robocop” may result in civil liability and criminal prosecution by enforcement droids.

In the end credits of “Harry Potter and the Prisoner of Azkaban,” hidden in an alcove in the far left corner of the Marauder’s Map, are two students “hooking up.”

The actor in “Pulp Fiction” was supposed to say “I’m just a coffee shop manager,” but was cut off violently at “shop.” The Quentin Tarantino decided to go with the line he really did say, crediting the actor as “Coffee Shop” in the final credits.