Some little details you may have missed in your favorite films.

In Django Unchained, a man asks Django what is his name is and how it is spelled. “The D is silent”, the man responds “I know”. This man is Franco Nero, the original Django from the original 1966 film. 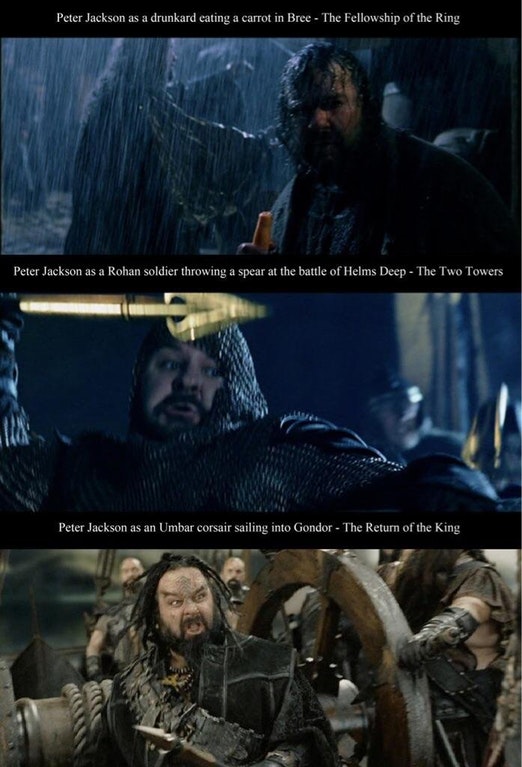 All 3 Peter Jackson cameo appearances in the Lord of the Rings trilogy.

In Jurassic World the Jeep used to escape was the same jeep that brought people in Jurassic Park.

In the intro of Watchmen, history was altered when the original Nite Owl saved the lives of Bruce Wayne’s parents. 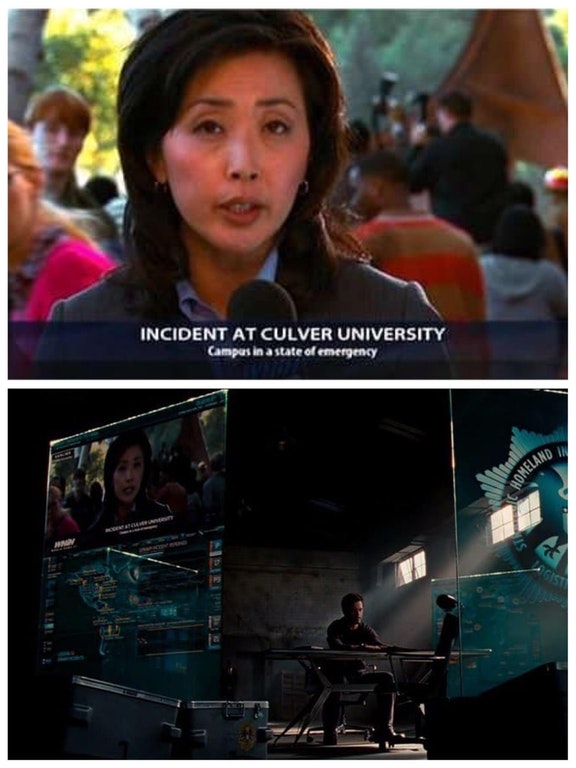 News report in The Incredible Hulk (top) shows up at the end of Iron Man 2 (bottom).

In Toy Story, the floor in Sid’s room has the same pattern as the floor from The Shining.

In The Force Awakens, the pieces on the Holo chess board are set in the same position they were in when Chewbacca and R2 stopped playing in a New Hope.