Home › Lobby › Editorial › Sex Thrills! How A Pre-Code Self Censorship Move Turned Out to be a Marketing Ploy

The year is 1921. Adolph Zukor is overseeing a growing powerful empire with his company Famous Players-Lasky – a company that we would recognize today by their distribution company: Paramount Pictures. 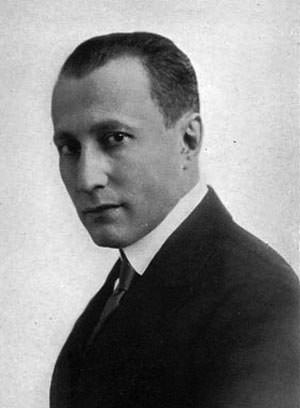 Adolph Zukor – his nickname was “Creepy”

But there are problems on the horizon – a series scandals was rocking a young Hollywood and the “church ladies” and social reformers, having just successfully banned alcohol in 1920 with the 18th amendment, now turned their sights to the vacuous excesses of Hollywood. The “Sex Thrills”, as described by leading reformer and prohibitionist Reverend Dr. Wilbur Crafts, was the objective of every movie – replacing the “Alcoholic Thrills” of the saloon.

Annette Kellermann – Daughter of the Gods (1916)

Zukor, a firm believer in free enterprise, knew that government intervention into production would cut into his profits and stall his plans for total industry domination. He had to kill the cries for censorship, so he made a number of phone calls and brought together his rivals for a key meeting at the Delmonico restaurant on 5th Avenue in New York City

In February 1921, Zukor presided over this momentous meeting of Hollywood movers and shakers. If the movie moguls didn’t respond to the rising tide of censorship, they would all be under the thumb of Uncle Sam. But Zukor had a plan, at which point he turned it over to his business partner Jesse Lasky. It was either censorship from the outside – or self regulation controlled from within.

At that point, Lasky passed out a set rules – 14 to be exact – that would govern every Famous Players-Lasky production from here on out. There were:

1. No pictures showing sex attraction in a suggestive or improper manner

2. No pictures dealing with “white slavery” (code for prostitution)

3. No stories built on illicit love unless they convey a moral lesson

7. No stories principally concerned with the underworld

9. No pictures which might instruct the morally weak in crime methods

10. No stories which may offend any religous sect.

11. No incidents showing disrespect for any religion

13. No unnecessary depiction of bloodshed

14. No salacious titles or advertising

The movie moguls were taken aback – these 14 points would have eliminated all the top grossing movies of the previous year. But Lasky stuck to his guns- the industry HAD TO ADOPT these points or else. Even Cecil B. DeMillle, one of Famous Players-Lasky’s most famous directors who was known for his salacious productions, showed sympathy to these rules. Reluctantly all the moguls agreed to pledge to these 14 rules.

Zukor and the other moguls agreed that the points should be kept an industry secret but Lasky felt otherwise. Thinking that the social reformers had out-maneuvered Hollywood, Lasky saw this agreement as huge publicity boon for the studio. He defied his partner and went public with the 14 points on February 18, 1921.

The National Board of Review agreed to adopt the 14 points as a guideline for granting their seal of approval. It appeared that Lasky’s gambit was a hit – but Zukor was furious. You see, Zukor had no intention of ever following the 14 points! Even Cecil DeMillle who was believed to be in support of the guidelines was in the middle of directing “The Affairs of Anatol” – comedy about a choked full of extramarital affairs and Gloria Swanson showing some leg. Zukor wanted to get everyone else to produce prudish movies while he continued to rake in the profits by make titillating fare. But Lasky had let the cat out of the bag and now Famous Players would be held accountable to these rules it had set up for themselves.

Zukor had to make the best of a botched plan. He invited the reformer Dr. Crafts to meet with studio executives (Zukor stayed away from the meeting as Crafts was a big anti-Semite).  There Crafts was given a copy of Lasky’s 14 points which the reformer wholeheartedly embraced. It was the content of the films the reformer wanted to cleanse – whether that was done through the government or internally by the studios themselves made little difference to him. The industry had pledged to reform so Crafts suspended his calls for a federally backed system of censorship.

Of course, no reform came. Months after the meeting, Demille’s “The Affairs of Anatol” was released completely ignoring the numerous cuts suggested by the National Review Board. And shortly after Dr. Crafts was back at it again, petitioning congress to create a federal commission to get movie studios to adhere to their own 14 points.

But the gamble was a win for the Studios. Coming off the success of getting prohibition passed, the reformers would have easily gotten film censorship passed. But Zukor had taken the momentum out of their sails at least for now – the 14 points looked like a concession by Hollywood and whether a film studio lived up to those rules was a matter of public opinion – not federal courts.

A small battle won but the reformers were regrouping – the war of censorship was not over. But “The Affairs of Anatol” with all it’s tantalizing content would go on be a big hit.

Gloria Swanson in DeMille’s “The Affairs of Anatol”

Read more on this topic in the book: Tinseltown: Murder, Morphine, and Madness at the Dawn of Hollywood by William J. Mann

And take our course; The History of Hollywood Censorship and The Ratings System